What Is the 6G Internet of Things? 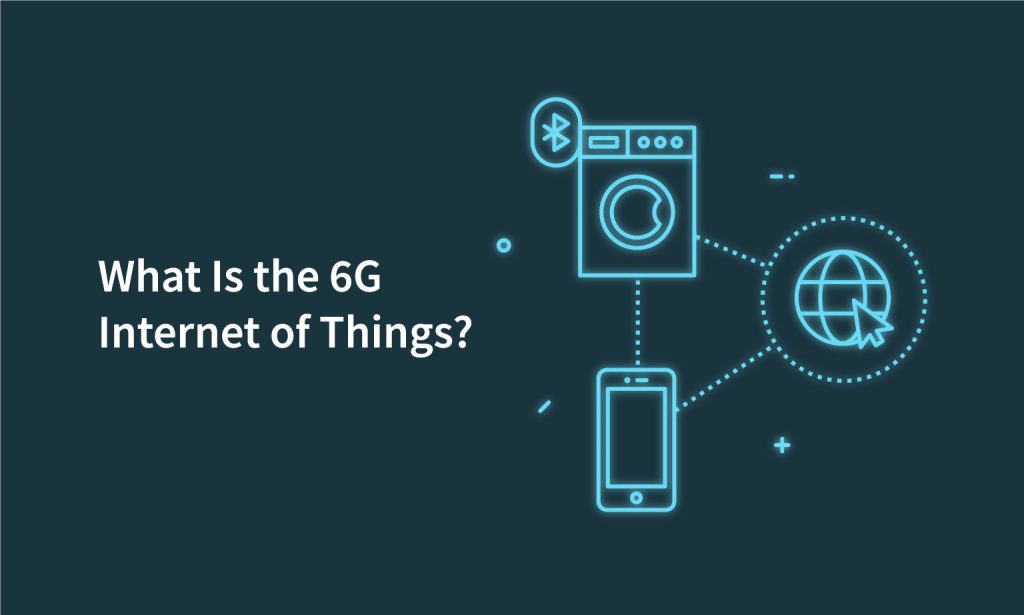 6G is widely expected to bring massive connectivity and comprehensive internet coverage to the world — but that isn’t what’s got researchers (and visionaries) excited. For years, people have been asking questions about when wireless connectivity will finally have the level of sophistication to create the Internet of Things? And just what is the Internet of Things, anyway?

With 5G, we will finally have many of those answers, but the full potential of the IoT won’t be unlocked here. Let’s take a look at how the Internet of Things is expected to evolve with 6G, and what the current research believes we’ll one day achieve.

What Is the Internet of Things?

The Internet of Things is a phrase given to the collection of digital devices around us every day that are connected to the internet. This includes your computer, phone, and tablets, but also things like your Bluetooth-connected washing machine, your digital virtual assistant, and perhaps even your alarm clock.

If it’s got an internet connection, it’s part of the IoT – but that’s not all.

What separates the Internet of Things from merely “the internet” is the fact that these devices are continually gathering data about their surroundings and communicating that data to other devices. They’re talking to each other but not necessarily to you.

For example, your Bluetooth-connected washer, which you can control with your smartphone, is constantly sensing its internal environment to determine if there’s a load present, the status of the wash cycle, whether it’s time to run it, or if there’s something that needs your attention.

It may also be collecting data about how frequently you run loads, plus a myriad of other statistics like water temperature or bleach usage. In some cases, that information is being sent back to the manufacturer, who may be studying the aggregation of data to improve future models.

The IoT has many pertinent applications in business and across industries. However, until 5G, the IoT has been relatively constrained by hardware and spectrum limitations. The desire to remove these limitations constituted a major driving force behind the development of 5G. Now that 5G is here, the IoT is soon to follow. But what comes next?

6G and the Internet of Everything

In 2012, Cisco famously noted that 99.4 percent of devices with a potential internet connection were still unconnected – and that they would one day constitute the Internet of Everything.

Here’s a closer look at why.

It’s Not Human Vs. Machine: It’s Everything Together

With the internet and the IoT, we’re currently trapped in a paradigm that technology is either human-oriented or machine-oriented. It’s an age-old perspective that has given rise to some of our favorite science fiction.

The IoT is machine-oriented and largely precludes human actions. As we noted above, one of the defining features of the IoT is that devices talk to other devices – but not necessarily to a human operator.

Cisco expects that to change. Rather than creating a digital world where sectors are oriented towards either humans or machines, Cisco believes that connectivity will one day become ubiquitous. They advance a view that the IoE will be built upon four main pillars:

Interestingly, Cisco’s vision of the IoE mirrors what many leaders in 6G research believe the generation will bring, suggesting that this may be the direction in which the IoT evolves over the coming decade. As if in agreement, Cisco also laid out a set of expectations for the IoE, which must be realized for it to flourish.

The Three Keys to the Age of Massive Connectivity

As we’ve pointed out, a significant amount of 6G research is invested in rethinking the paradigm of our current wireless infrastructure. To fully realize the IoE and its ubiquitous connection, three expectations exist:

It’s possible that when Cisco conceived of the Internet of Everything, they were really looking ahead to the future of 6G. The paper (published here) gives us yet another set of tantalizing clues as to what 6G might one day include.

What Is the Internet of Things? Our Future

Many people have asked us what the Internet of Things is and what role it will play in the future – particularly once 6G is upon us. Thanks to Cisco’s forward-looking predictions in 2012, we have an answer. The Internet of Things will begin to manifest with the rollout of 5G. However, it will continue to evolve as we harness its uses across every industry until we’ve finally reached the Internet of Everything.

We’re watching the latest developments in 6G research and exploration. Sign up for our newsletter to stay connected.

Filed Under: Blog
Tagged With: 6G, internet of everything