What is Network Densification? Everything You Need to Know 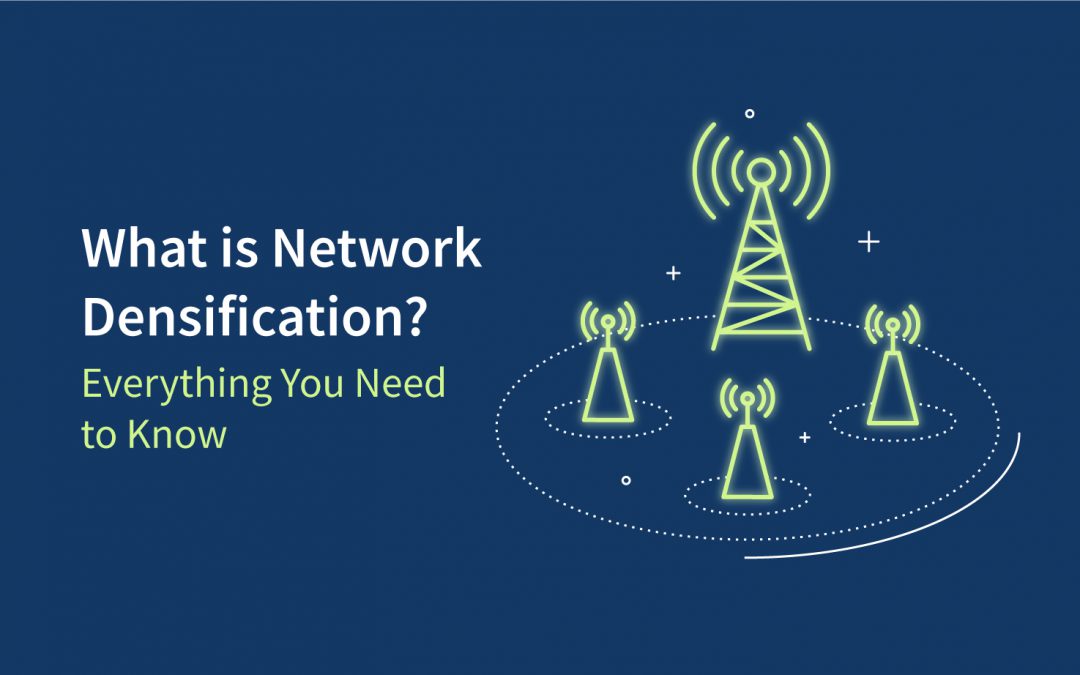 Network densification – it’s a buzzword related to 5G. But, what role does it play in 6G, if any?

As the research and development of 6G ramps up, experts are spending a lot of time thinking about whether or not we need to change the way we lay out our network infrastructure. While 5G has called for a massive infrastructure buildout, namely, to densify our networks, 6G may need to utilize other technologies altogether.

Here’s a closer look at what network densification is, why it’s our preferred strategy for adding capacity to networks, and how 6G may (or may not) be able to use it.

What is Network Densification?

It’s one of three ways to add more capacity to a network, the others being to increase the amount of spectrum being used, or to make existing spectrum use more efficient.

In urban and otherwise densely populated areas, network densification is an efficient way to improve network capacity – that is, the ability of the network to provide connection and acceptable data speeds to user devices. Unlike simply addressing capacity with spectrum modifications, network densification alleviates the load that hardware is already under when too many devices are trying to connect with it.

It’s roughly the difference between adding another cashier to a grocery store’s checkout lines during rush hour versus making each individual cashier work faster.

That’s because there’s a good chance the hardware is already running at its maximum potential when it’s overloaded. Most of our devices, like our smartphones and tablets, are already data-hungry, demanding significant loads from our nearest cell site. In densely populated environments, cell sites may struggle to keep up with all of those demands.

The Most Common Ways to Achieve It

Why Do We Need It?

Alongside massive MIMO, network densification is considered a key technology that enables 5G. It’s one of the reasons we’re hearing so much about infrastructure developments and massive buildouts. In addition to the fact that 5G radio waves can’t travel as far as their 4G counterparts, they’re also massive and will require more from the physical hardware itself to transmit.

Therefore, even though 5G and 6G do add more spectrum, the physical components will struggle to keep up. If we don’t densify our networks, a single user running 5G will swamp out a handful of users running 4G.

It’s much like when a large group of people walks into a restaurant – serving them and taking their orders will tie up the waiters’ time and slow down service for everyone else.

Network densification has other advantages, too. In addition to increasing network capacity, it also:

Network densification is being considered as a key technology for 6G, with a few caveats. We can break those down into three ideas as follows:

To achieve the types of networks currently imagined, we’re going to need what some call ultra or extreme densification. We’re looking at 6G networks with 10 to one thousand times greater capacity than currently envisioned 5G systems.

At first glance, if that seems wildly unrealistic to you, you’re not alone. While many papers currently allude to the possibility of extreme densification to handle the massive capacity demands expected, there hasn’t been a definitive analysis of what form that may take.

With 6G embracing artificial intelligence to its fullest potential, we’ll need to prepare for the eventuality of smart networks and smart allocation of resources on that network. One way this may occur is through cooperative relay communications, which reduces the per-hop signal propagation distance.

In other words, rather than traveling long distances, 6G signals would travel much shorter distances but move between more nodes. These nodes, piloted by AI, would make the transfer of massive amounts of data much more efficient.

One of the biggest topics of discussion in 6G network architecture revolves around the potential of decentralizing our networks. Currently, signals transfer from a device to a central cell tower. Or, data moves from the device to a cloud server where calculations and extrapolations are performed before sending them back to the device. That’s a big part of what makes 5G and 6G networks so resource intense.

Decentralization, on the other hand, posits that devices located on the network’s edge will decrease the need to send data over long distances, thereby reducing the resource demands on a network and making densification easier.

Get Informed About Network Densification and Other Topics Here

Network densification currently represents something of a status quo in current network infrastructure. To realize 5G, it’s one of the only viable routes forward. However, 6G brings the approach into question, by suggesting that perhaps ultra-dense and centralized networks are not the most efficient way to improve network capacity.

Nonetheless, the harnessing spectrum above 100Ghz will require a tremendous increase in network capacity, and network densification remains the only way to do it without completely reorganizing our networks. Of course, with 6G a decade or more in the future, everything is still on the table. It may be a while before we know for sure.

Love what you’re reading? Subscribe to our newsletter and get more delivered straight to your inbox.