Privacy in the Digital Age: What It Means for 6G 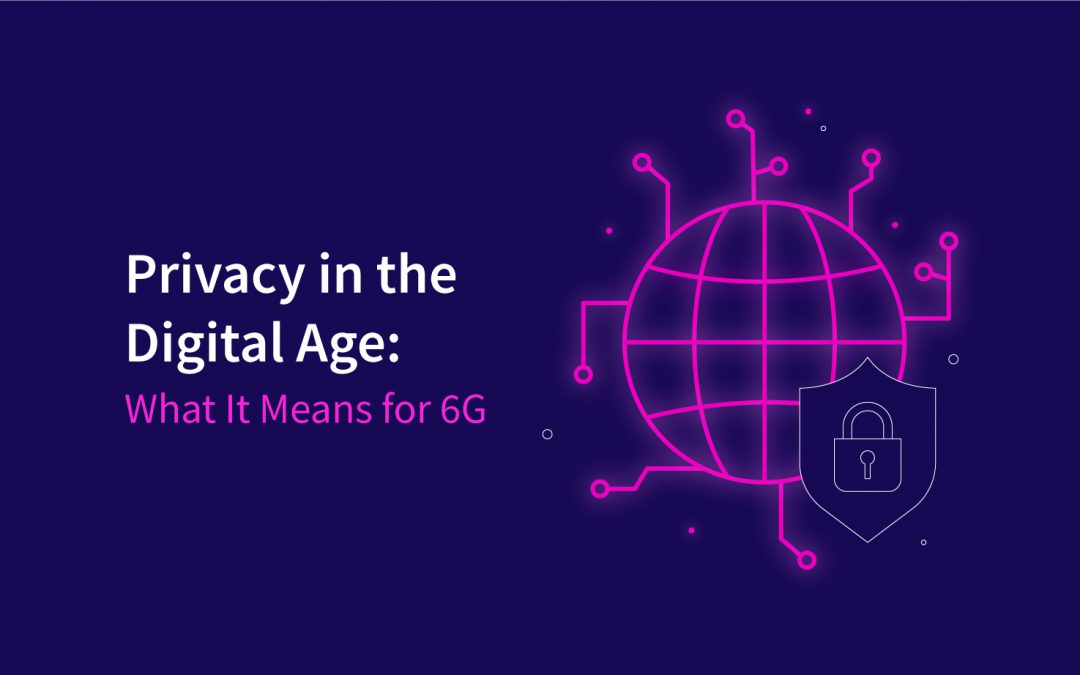 Worried about privacy in the digital age, especially as it pertains to things like the IoT and AI? You’re not alone, nor are those worries unfounded. Digital privacy represents a major concern as the world rushes towards an ever more digital reality. From smart devices tracking your every move to a lack of transparency about what’s collected, how, where, or when, there are many concerns about privacy and data security to solve moving forward.

Here’s a closer look at what privacy in the digital age will look like, and how 6G aims to solve some of the biggest problems.

We’re currently living in a world where our smartphones know more about us than our closest friends, and that’s not going to change. We rely on our devices for a range of everyday activities, making it no surprise that our data has become more valuable than oil.

According to the Pew Research Center, the majority of Americans feel confused about data privacy and like they lack control over their personal information. A full 81 percent believe it’s impossible to control what data is collected about them, and 63 percent believe that the government regularly tracks them through data collection.

These are worrying trends as the rollout of 5G gets underway, promising smarter devices as our constant companions. One survey by Accenture noted that businesses consider privacy as the biggest concern with implementing 5G in their office. Why? A few reasons exist:

Current research estimates that the average 6G system will have simultaneous connectivity that is up to 1,000 times greater than anything we’ll see with 5G. With the alarms sounding about how little emphasis went into privacy and security with 5G, we can be sure that the same mistake won’t happen with 6G.

So far, it looks like we’re right. A significant body of emerging research is focusing on solving the issue of digital privacy in 6G. While it’s too early to know what concrete forms it will take, we do know:

Security and Data Privacy in 6G Will Likely Involve Blockchain

When utilized correctly, blockchain is an incredibly secure and robust technology. It may also be the key to solving data security and privacy in 6G.

Blockchains are a type of distributed ledger that forms a database accessible to any note or computing device on the network. Each device performs the same calculations and, when all devices agree on the value, it’s added to the blockchain.

Blockchain is popular amongst 6G researchers because it’s scalable, reliable, works with the IoT, and doesn’t require a centralized server or manager. For the ultra-massive, ultra-dense networks that 6G assumes, those are major advantages.

There Will Also Be a Renewed Emphasis on Trust Environments

In cybersecurity, zero trust is considered a best practice for networks. In this philosophy, all users are required to identify and authenticate themselves before accessing the network. That’s great for small private networks but the resources required to manage zero trust make it unwieldy for large wireless networks like those 6G will host.

Embedded trust is gaining popularity because it plays nicely with blockchain though details haven’t fully emerged. We’re keeping an eye on it, however, as it attempts to address the big questions around advanced connectivity and data privacy.

Get the Latest in 6G Research & Development

When it comes to privacy in the digital age, 6G researchers have their work cut out for them. Data privacy and protection will require a different approach with the ultra-advanced networks of the future. Fortunately, the need to rethink network configuration completely offers a chance to lay the foundations for a new paradigm of privacy. Whether blockchain, embedded trust, or another mechanism entirely, 6G will certainly mean a new way to think about and secure our data.

What else will 6G impact in our world? That’s what we’re exploring. Check out our blog to get up to speed on the latest topics.