From 1G to 4G: The Evolution of Mobile Networks 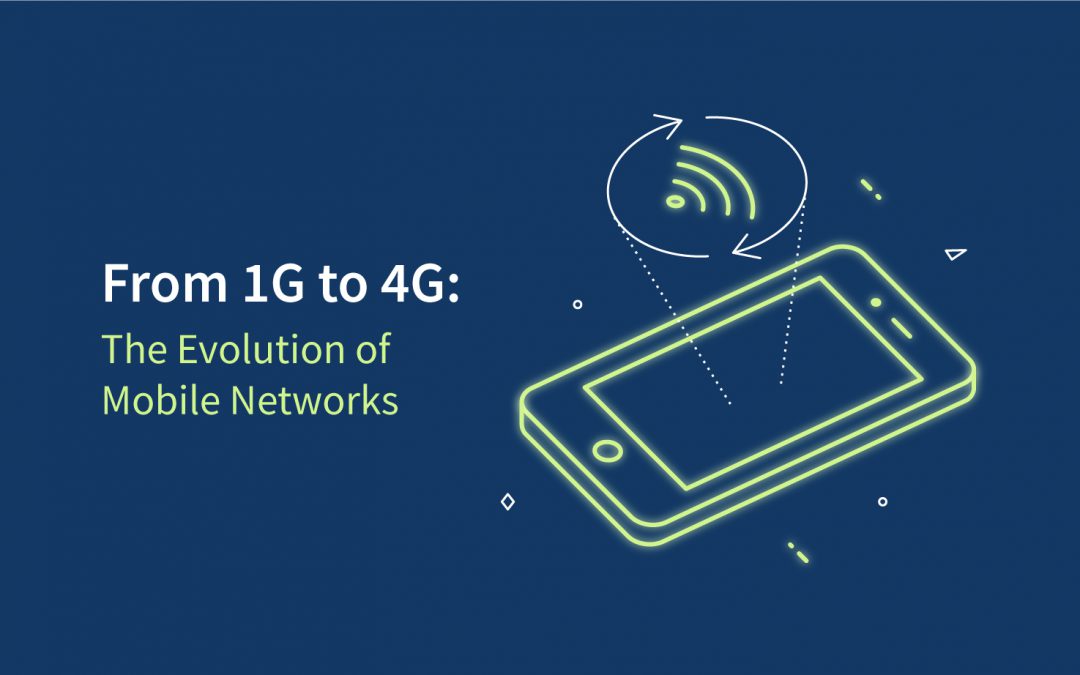 Do you remember the first 1G network to drop in 1979? Maybe not – wireless connectivity has come a long way since the early days of mobile phones, burying the earliest iterations in advancements. Today, WiFi hotspots and internet cafes dot most major cities in the world, with phone coverage penetrating more areas than ever before. Our devices are capable of powerful functions, with large amounts of data at our fingertips.

All of these accomplishments, however, are forty years in the making. Here’s a closer look at the evolution of wireless networks from 1G to 4G to examine how we got here and where we’re going with 5G, 6G, and beyond.

From the 1G Network to 4G LTE: How Wireless Communication Has Evolved

Wireless communication has come a long way since the early days of mobile phones. There are a lot of interesting, detailed reads on the history of how we evolved from 1G to 4G, so here’s a quick rundown to give you a sense of how each generation has built on the previous.

1G Rolled Out in 1979, But It Was Retroactively Named That

The 1G network introduced the concept of seamless mobile connectivity, but the first 1G phones were wildly insecure, staticky, and many required a battery that looked like it belonged in a car. The first handheld mobile phones also made iPhones seem modestly priced in comparison, costing $3,995.

3G Made Media Possible on Our Mobile Devices

When 3G hit the scene in 2001, its data transfer capacities were four times faster than 2G. The Blackberry, with its powerful features enabled by these new speeds, became The Mobile Device of the 2000s … until the iPhone hit the scene in 2007, at any rate.

4G has been the dominant network iteration in most of the world since 2009. We can comfortably experience speeds exceeding 300 Mbps on smartphones, stream richer content, and support more connections.

What This History Means for 5G

Since 1979, every generation of wireless connectivity has brought us faster speeds, more capabilities, and more powerful devices that fit in our pockets. 5G won’t be much different, following this pattern of more speeds and more power. However, while it’s tempting to look at 5G as 4G but faster (that isn’t even always true), 5G is a little different from the earlier generations. Notably:

How 6G Will Break the Narrative

5G does ultimately build on the evolution from 1G to 4G, even if a marked increase in network sophistication is evident. However, 6G will bring major changes that depart from this narrative entirely. Some of the early evidence of this includes:

Almost every research paper released on 6G so far has postulated at least one or two new network paradigms. The resource intensity of the applications planned for 6G will require new ways to lay out our networks to prevent them from becoming prohibitively expensive. Therefore, while 5G plans a massive buildout of infrastructure, 6G will usher in a whole new way to move data across a network.

Many consumer mobile devices are already as powerful and as sophisticated as a computer, if not more so. While we’re beginning to see applications that aren’t directly connected to phones in 5G, it will be in 6G that the focus truly departs from the emphasis on making our phones faster. In particular, we’ll see 6G emphasizing applications related to industry, security, healthcare, science, and more.

5G continues with the paradigm that the digital and physical worlds remain separate, although the boundaries are beginning to blur. With 6G, those boundaries will no longer exist as wireless networks fit seamlessly into our lives.

The Evolution of Mobile Networks: From 1G to 6G and Beyond

In a little over forty years, we’ve moved from the meager 1G network to 4G LTE, with 5G upon us and 6G already in the works. Although 5G and 6G will resemble less the trajectory of earlier generations, they do still have one thing in common from the rest: They’ll bring more advanced technologies that fundamentally change the world. And while we may not expect 6G until the 2030s or later, the foundations have already been laid for it to become something truly futuristic. Personally, we think that’s pretty exciting.

What’s lies ahead with 6G and beyond? We’re uncovering the latest research and development. Join our newsletter and stay informed.