What is 6G? That’s the question everyone’s been asking since several Asian telecommunications providers announced the start of its research and development in the past few months. With 5G networks just rolled out commercially at the end of 2019, it might seem surreal that attention has already turned to technology that’s at least a decade away.

If you’re wondering what 6G is and why the world is already racing towards it, you’re not alone. Here’s everything we know so far about what the future of wireless connectivity will hold.

What is 6G and What Can We Expect from It?

6G is shorthand for the sixth-generation of wireless networks, the successor to 5G cellular technology. Most estimates place the widescale deployment of 6G no sooner than 2030, though even that date remains up for debate.  Like all previous generations, 6G is expected to build on the capabilities of 5G, augmented by advances in digital technology. That will mean expanding on speed and data capacity, plus the innovations regarding the Internet of Things that 5G is widely expected to make practical.

From actions by the FCC to Samsung and beyond, the telecommunications industry seems to already acknowledge that 6G will one day exist.

But what is it? What will it look like?

Latency refers to the time between a cause and an effect – in the simplest sense, it governs things like the time between you hitting send on a text message and its recipient receiving it. Each wireless generation has focused on using different parts of the spectrum (the range of radio frequencies) to reduce latency and offer more connectivity, more speeds, and more neat ways for your smartphone to entertain you.

The average latency with 4G stands at around 50 milliseconds. That’s about the speed of a lightning flash, but it’s still not fast enough to accommodate ultra-sophisticated smart environments or devices.

In 5G, the average latency drops to one millisecond – five times faster than the flap of a hummingbird’s wings. Such a low latency is why the Internet of Things may soon become a regular part of our world.

6G is expected to offer speeds up to 1,000 times faster than anything 5G can provide. To meet this expectation, it will need to take advantage of radio frequencies that aren’t cluttered with consumer devices already.

In March 2019, the FCC unanimously voted to open the spectrum range from 95GHz to 3Thz, which not only has a massive data capacity but currently isn’t being used for any commercial devices. In other words, it’s going to get very easy to move a lot of data in the same amount of time it takes light to travel 984 feet.

6G is expected to offer speed up to 1,000 times faster than anything 6G can provide by leveraging the “terahertz (THz) wave” spectrum. In other words, it’s going to get very easy to move a lot of data in the blink of an eye.

By leveraging the massive bands found at the upper bounds of gigahertz and lower terahertz frequencies, we’ll have more than just faster devices. We’ll have genius, faster devices.

Most speculations expect the sheer speeds and data capacity of 6G to transform connectivity on a whole, allowing us to connect more devices with smarter and more precise data at a rate that far exceeds anything that 5G will offer.

In its report on the applications of terahertz waves, the FCC noted that this extreme connectivity would allow for “centimeter-level positioning” (compared to the feet-level accuracy with 4G) and much more sophisticated data centers. This has direct impacts on things like drone fleets, robotics controls, and monitoring devices.

In January 2020, Japanese telecommunications provider NTT Docomo published a stunning whitepaper outlining its plan to develop and deploy 6G by 2030.

Among the many benchmarks that it expected 6G to achieve includes “seven-nine reliability” (99.99999% reliability). That effectively means coverage anywhere, everywhere, and always. It described “extreme coverage” that included new boundaries over land, undersea, and even in space.

Extending the internet into space isn’t a new concept. Space companies have already proven big investors in 5G networks, noting the potential to dramatically increase coverage in places like rural areas, where acquiring high-speed internet has proven often impossible. With 6G, that potential will increase – one research paper even outlines the possibility of an internet of space things.

Among the many benchmarks that it expected 6G to achieve includes “seven-nine reliability” (99.99999% reliability). That effectively means coverage anywhere, everywhere, and always. 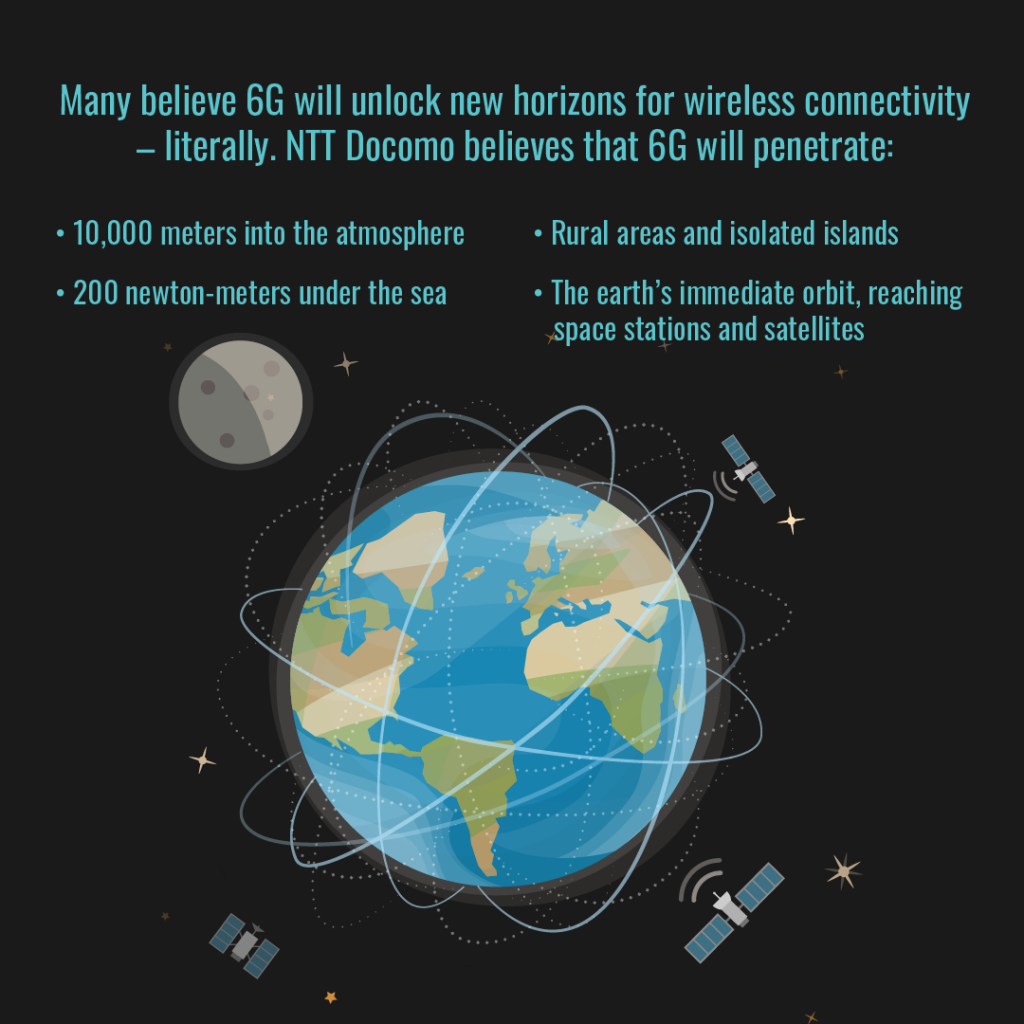 The FCC isn’t the only one seeing the potentials for robotics and smart devices. Some experts claim that 6G’s speed and positioning precision will finally be what allows AI to process and transmit data at the speed of a human brain.

Although 5G will make artificial intelligence more accessible and capable, 6G is slated to transform AI with “disruptive applications” that make its presence in our world much more prominent.

The conversation around 6G is unique in that it includes ideas about energy efficiency, something previously unconsidered in previous wireless network generations.

One study from the IEEE speculates that 6G will make energy harvesting technologies possible within network infrastructure itself. Such efforts will help keep artificial intelligence – with its massive energy needs – sustainable on the network.

In its whitepaper, NTT Docomo takes this idea a step further. It expects that the next generation of wireless technology will make battery-powered electronics obsolete. In its place, power supply technology using radio signals will lead to more energy-efficient devices with ultra-low power consumption.

How Will 6G Transform the World?

The wholesale rollout of 6G around the world will undoubtedly deliver benefits in every aspect of life. Here are three possible ways that 6G will transform the world:

Unlike 5G, which seriously improves upon the possibilities of 4G for consumers, entertainment uses may take a back seat. Most literature suggests that 6G will have major applications in the business world, as the world has steadily trended towards data-rich business environments.

However, global brands are already considering the possibilities of “immersive entertainment”, which steps beyond virtual reality to create a truly lifelike experience. A long-time staple of science fiction, we might finally experience it for ourselves. 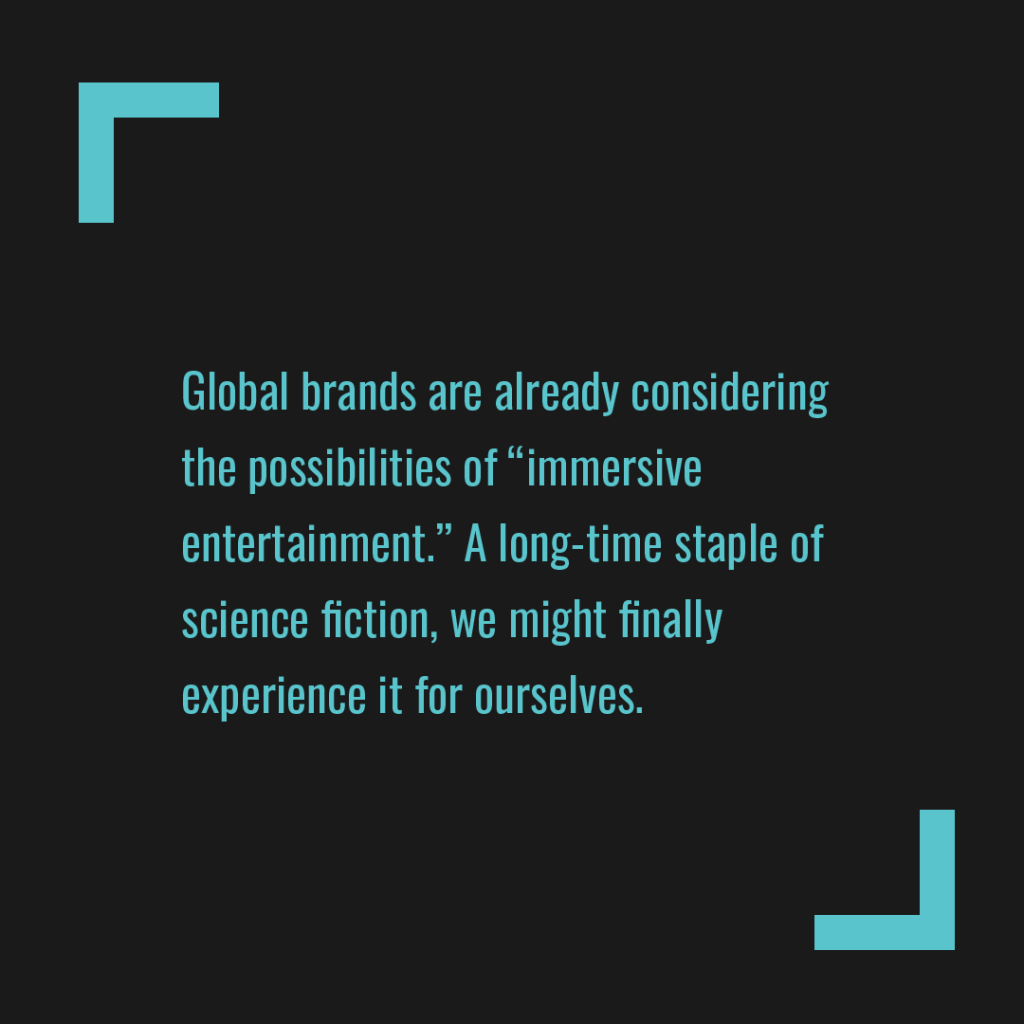 The potential for ultra-precise positioning and super-smart devices means that 6G has already won some attention – and funding – for military purposes. Having rolled out 5G last year, the Army has begun exploring the use of 6G for combat purposes.

6G is of particular interest in the healthcare technology sector, which views it as foundational to developing sustainable, widespread smart monitoring. Smart healthcare will better assist the aging population through enhanced monitoring of heartbeats temperature, glucose, blood pressure, and more – and better able to automatically alert the correct professionals should the need arise. 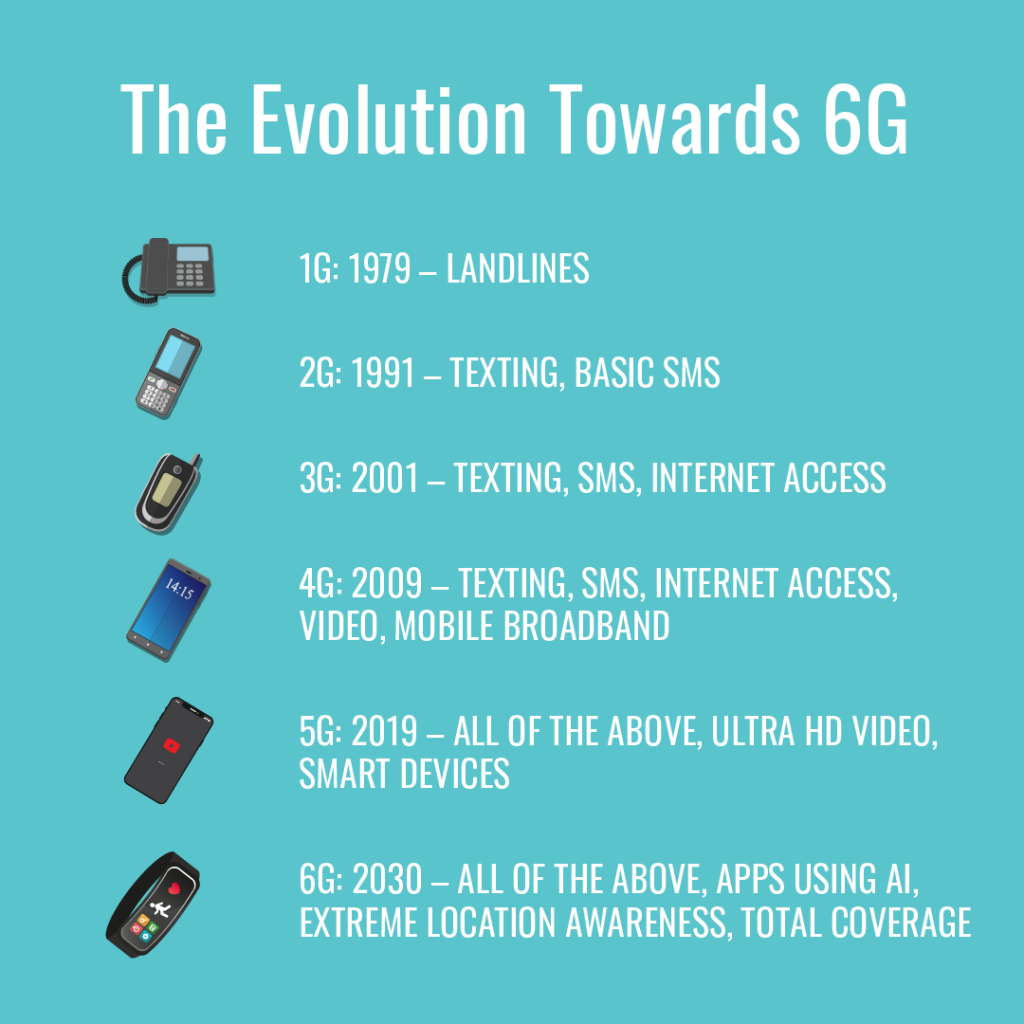 Sensational internet headlines and political posturing aside, the start of research towards the next generation of wireless connectivity immediately following the drop of the latest generation isn’t unusual.

Although commercial 4G rolled out in 2009, NASA had started researching the use of 5G for nanosats in 2008. By 2012, research into 5G by telecommunications innovators was in full swing as Samsung partnered with NYU WIRELESS. AT&T conducted its first 5G network trial run in 2016 at the behest of Intel.

In other words, the rhetoric about a “race” to 5G may have ramped up in 2018, we’d been at it for a while already.

(Similarly, the first research papers on 4G from the IEEE were published in 2000.)

We’re “racing” towards 6G at about the same pace that we “raced” towards 5G and 4G.

In terms of the history of wireless connectivity, it’s not at all unusual that research and development for 6G have started barely as 5G hits the market. The publicity of various visions for 6G may raise some eyebrows, but it’s also allowed us to gain a conceivable idea about what 6G really is.

6G is a reality of the future – it will one day be here. When? And what will it actually look like?

We probably won’t know for a while.