6G Data Speed: Improvements to Expect in the Future 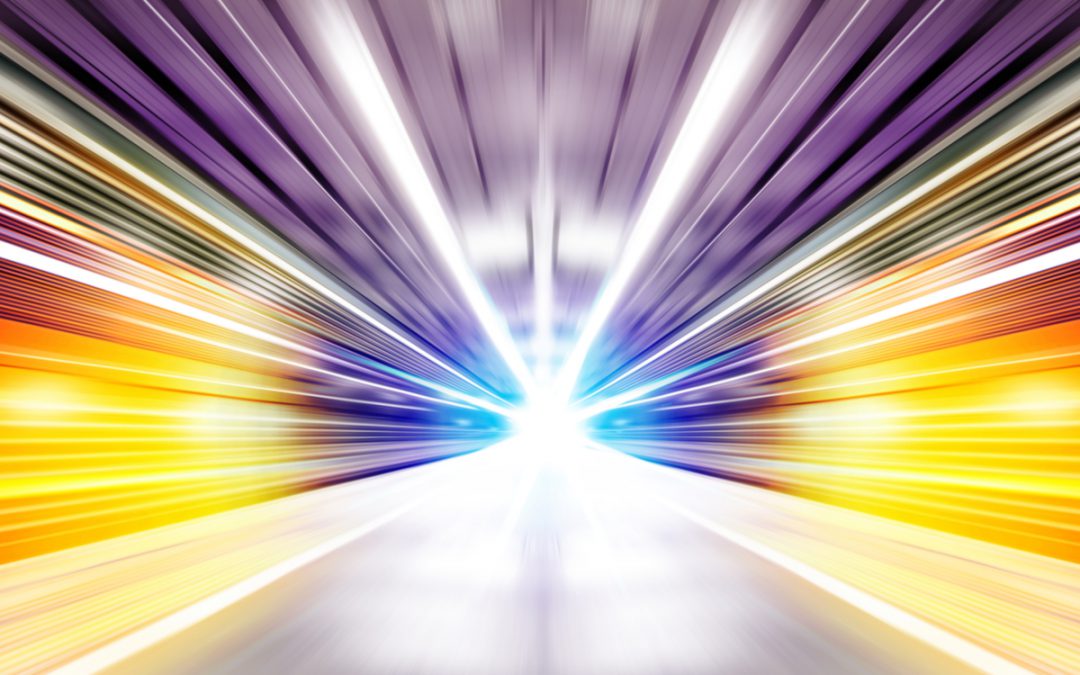 Central to the discussion around 6G lies data speed. 6G is expected to unleash speeds that are thousands of times faster than what we’re currently able to imagine. Based on what’s currently known about 6G, we expect this will be true, but that’s not all it will mean. Let’s dive right in and explore.

6G targets data speeds of more than 1TB per second. It’s hard to wrap your head around exactly how fast that really is.

Currently, 4G enables us to transfer somewhere around 20 Mbit/s – 20 times faster than what 3G allowed. Although it’s fast, we’re still familiar with the occasional slow loading pages whenever we’re in a highly populated area.

That congestion reflects one of the limits of 4G. All wireless signals from consumer devices travel on lanes in a set of radio frequencies collectively referred to as the spectrum. Like physical roads, some lanes are wider (we call them broadband) and some are narrower. Broadband lanes generally allow more traffic – either devices or data – much more quickly. However, like with physical roads, lanes on the spectrum can get crowded. It slows everything down.

One of the reasons that we haven’t seen any major advances in network speed until 5G was because we had hit the physical limit of what 4G could offer. We literally couldn’t go faster. There are too many devices and not enough lanes.

5G addresses the problem of data speeds, notably by opening up other parts of the spectrum with wider broadband lanes that allow greater speeds. 6G will pick up where 5G leaves off. Although 5G radically transforms internet speeds as we currently know them, 6G will make 5G seem slow in comparison.

Currently, we plan to achieve such phenomenal data speeds by opening up parts of the spectrum not cluttered by the mass of consumer devices. In 2019, the FCC moved to open the spectrum range from 95GHz to 3THz. (In contrast, 4G currently operates on frequency bands ranging from 2 to 8 GHz.)

At such high ranges, lanes are huge. Data can flow uninhibited in the blink of an eye. But what will that actually look like? We have a few ideas.

What Will We Do with the Data Speed of 6G?

Great question. We currently don’t have the technology to realize the full potential of 6G.

One of 5Gs biggest stumbling blocks currently lies in the physical infrastructure required to support heavyweight bands that cannot travel as far as 4G. The Netherlands is working on it, though.

However, we can still surmise a few things about how we might use the speeds offered by 6G.

Why Do We Care About Faster Speeds?

Another common question that surfaces when considering 6G relates to why faster speeds matter at all. After all, 4G lets us comfortably navigate the digital environment. 5G will make the Internet of Things much more practical (although we’ve still got some work on that front). Why on earth could we possibly need 6G?

We can think of three very salient reasons to bring forth 6G:

1. It’s a Matter of National Security

All new wireless generations arise to address the limitations of the previous and build on them. 5G unlocks many more capabilities regarding smart devices and data, many of which have infrastructural implications. Combined with the current geopolitical climate, falling behind technologically now could open a country and its infrastructure to security risks.

2. 6G Has Implications for Internet in Space

NTT Docomo’s whitepaper addressed the possibility of the internet in space, which has been met with some snark as “overly optimistic” in some corners of the internet. However, that doesn’t erase the fact that investment in space-related internet has already quietly existed for some time. 6G will simply make it much more practical.

3. Hyper-Connectivity is Our Future

We’re already seeing the first signs (and repercussions) of a hyper-connected world. This connectivity will continue to increase, but we expect 5G will struggle to deliver the infrastructure to adequately manage it. 6G will – we’ll need it to.

What is 6G? Data Speeds, Artificial Intelligence, and More

The expected data speed of 6G dissolves the boundaries we’ve already discovered with 5G, allowing us to finally harness things like artificial intelligence and comprehensive coverage. However, we’re still a long way off and new technology may change the future of 6G altogether. With 6G slated for the early 2030s, there’s plenty of time for it – and our speculations with it – to develop.

What will 6G bring? Take our poll and share your thoughts.