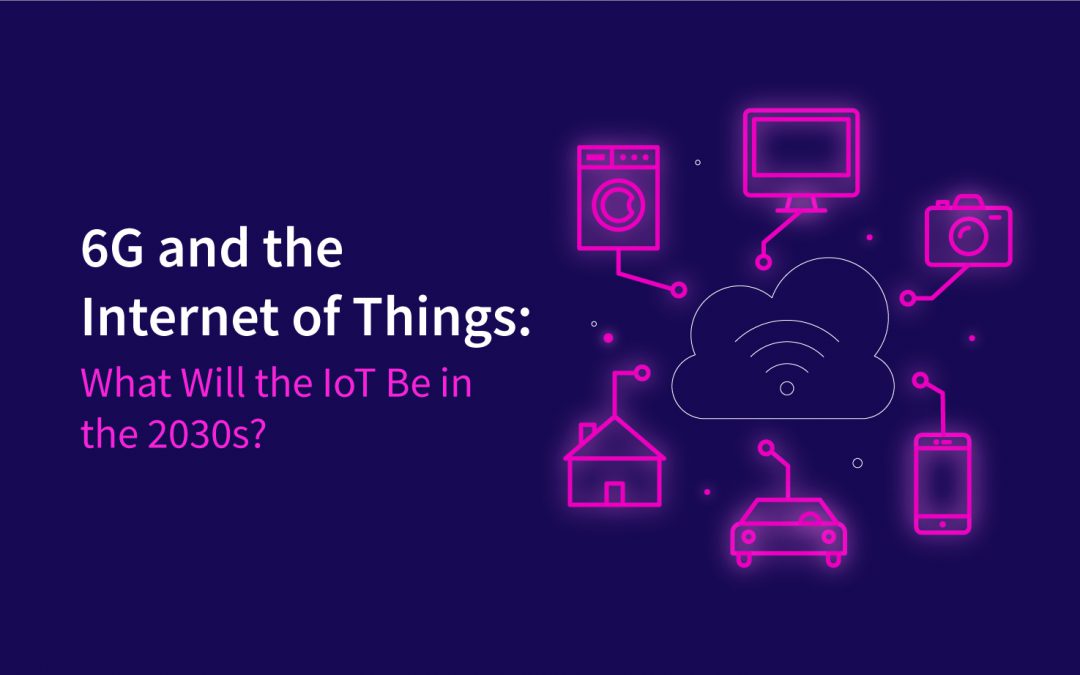 For years, we’ve been waiting for the Internet of Things on the edge of our seats. It’s been almost here for a while. We’ll likely see it appear in substantial ways within the next few years, but speculations remain as wild for the IoT as they do for 6G. Internet of Intelligence? Internet of Senses? Internet of … Emotions? Those are all terms floating around in the conversation.

While 5G mostly holds the crown as the wireless generation which brought us the IoT, 6G will play a huge role in its development as well. Here’s a closer look at some of the downright science fiction possibilities that telecommunications providers have planned for us.

The idea of the Internet of Things has already been floating around for a few years, with the world waiting with bated breath for its arrival. From things like Alexa to our fitness watches, we’ve already got an IoT present in a nascent form.

5G is expected to make a more robust Internet of Things a reality. Among other things, 5G means the first faster speeds and broader wave bands that we’ve seen in about a decade – two prerequisites for developing an Internet of smart devices. Now that we have, Ericsson believes that the IoT will become a prominent part of telecommunications within the next five years.

The IoT will become practical with the implementation of 5G. However, major providers aren’t stopping at envisioning the IoT as the collection of smart gadgets around our home and office that are all quietly chattering to themselves on the spectrum. For its part, Qualcomm looks forward to a unifying connectivity fabric that gives rise to a hyper-connected future.

If that sounds a little familiar, it’s because we’ve been talking about similar concepts regarding wireless networks in 6G. Some researchers are referring to it as the Super Internet of Things. Others are breaking out of the idea that the internet revolves around things and making it a little more … universal.

And while nobody’s calling it the Internet of Reality (yet), that’s basically what it is: a fully immersive network to which everything and everyone is connected all the time. Everywhere.

We May One Day Have an Internet of Senses

Currently, our internet experience is limited to three senses: sight, sound, and some basic forms of touch. For the most part, that’s because our interaction with the internet is bounded by screens. If you want to get online, you still have to sit in front of a computer or access it through your phone.

That will change in the future – some experts believe we have extended reality to thank for it.

Ericsson says you can say hello to the Internet of Senses, where one day you’ll be able to telepathically invite your friends to a dinner party, serving a vegan Arabic-inspired stew that you test-tasted ahead of time over the internet.

Yeah, you read that right.

The Internet of Senses advances the idea that our interactions will move from screens to our senses. Rather than accessing and manipulating the internet via a screen, we’ll be able to do it directly with our bodies or even minds. It’ll involve things like wearable devices, implants, and even smart environments acutely tuned to us.

According to Ericsson, about half the world thinks we’ll all be wearing smart glasses by 2025, using our brains as the interface with which we connect to the web. By 2030, people think we’ll be able to digitally communicate with each other mentally, eliminating the need for physical interfaces at all, especially smartphones.

Those dates put us squarely in the realm of 5G, rather than 6G, however, even though they clearly draw on ideas that will require 6G to fully realize.

Will 6G Address 5G’s Shortcomings for the IoT?

With all the amazing technology envisioned, pumped up by actual advances in things like extended reality, it’s hard not to get excited about fantastical things like digital telepathy. It’s possible these things may one day be in our future, but they likely won’t arrive with 5G. Instead, it’ll take until 6G before we’ve worked out the kinks in the details – including some of the shortcomings that 5G currently exhibits.

What are some things we still need to sort out (and how might 6G address them)? We’ve got a few:

What Lies Ahead in the 2030s? That’s What We’re Exploring

The 2020s will likely see a proliferation of the Internet of Things as our world careens towards a blending of the digital and physical realities. Through innovations like extended reality and smart devices, we can expect the internet to take on a more three-dimensional existence that penetrates our lives through more than simply screens.

The Internet of Senses is perhaps one of the biggest indicators of this future, offering the possibility that one day we may be able to not only see, hear, and experience textures, but also smell and taste online, too. Will that happen with 5G? Probably not – but it’s just one more thing that makes 6G research and development so exciting.

We’re keeping track of the potential technologies that 6G might introduce. Sign up for updates now to keep informed.